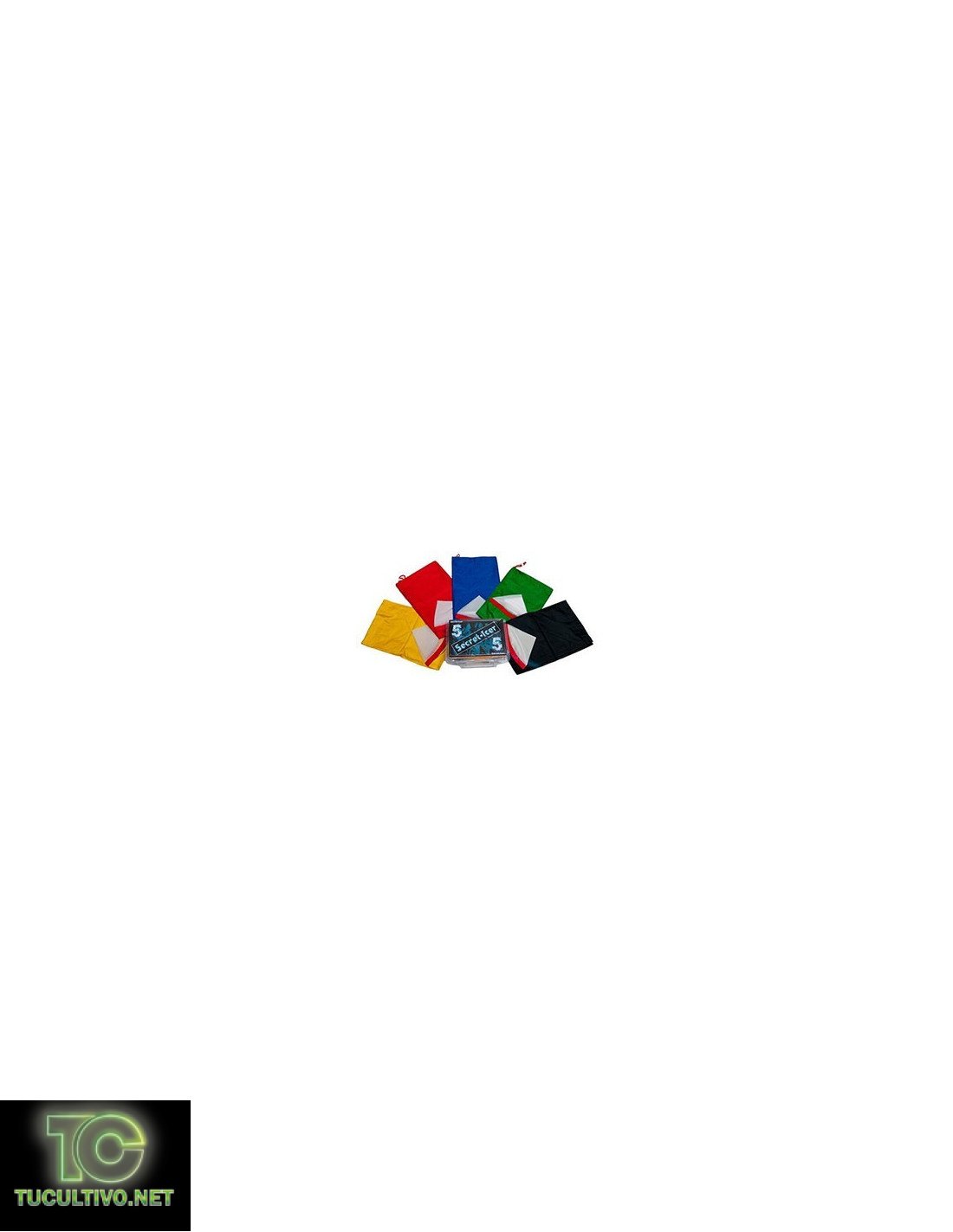 The most popular bags for hash extraction on the market, The Secret Icer bags for extracting the best quality hashish from water, available in 2, 3, and 5 bags.

The hashish you can produce with these bags is of an unbeatable quality, and they are extremely easy to use. Put the leftover plant matter that you have from harvest in the freezer, the more resiny the variety the more hash you’ll get from your plant matter, we recommend the Kush varieties. Fill a bucket with water, and best to use distilled water, and put the ice in to drop the temperature.

When the water reaches 2ºC more or less, you should put in your trimmings and stir it for approximately 10 minutes, with a wooden spoon or even an electric whisk at low speed. Then, prepare another bucket for the mesh screens, going from the highest microns to the lowest, so, first the black screen, inside the black screen place the blue one, inside the blue screen, place the green, then the red, and finally the one that will be inside all of the others is the yellow screen.

Now you should pour the water from the bucket with the trimmings and the water into the yellow screen, pick it up and let the water drain out into the screen bellow, leaving all the plant matter that you used in the process in this screen, you’ll have to squeeze it well so that all the liquids drain out into the next screens. Now, in the next screen, the red one, you’ll see a mass at the bottom, you shouldn’t squeeze this time to help drain, let it filter on its own, down into the other bags.

Each time you take one out, you can use a spoon to collect the hash that is left on the screen and you should put this on a drying surface so that the humidity seeps out. Later, when you have processed through all the bags, you should put the hash you collect on a piece of cardboard, it could be a few hours or up to a day, based on the weight and quantity, once it has been dried on the cardboard, you should pass it through a grater or colander to turn it into dust, and let it dry for a week. When a week has gone by it will be ready to press without the risk of molding or you could consume like that.

It’s like nothing you have ever tried. Always wash your bags after every use and you will keep these Secret Icer bags working forever. You can wash them with the Secret Smoke washing machine, so you can gain more time for your Hash extractions.

The bags have different microns sizing, the ones that have the higher microns are the ones that will allow the most amount of resin to collect, and the ones with least is where you will have the best quality hash. Which is why, you’ll have to place the first one with the least microns and inside that one continue to place in order from the least to the highest number of microns, until you have the yellow bag on the inner most part and the black bag on the outer most part.

Microns measures according to the Secret Icer colors:

The kits come in sets of 2, 3 and 5 bags that come in these packets: