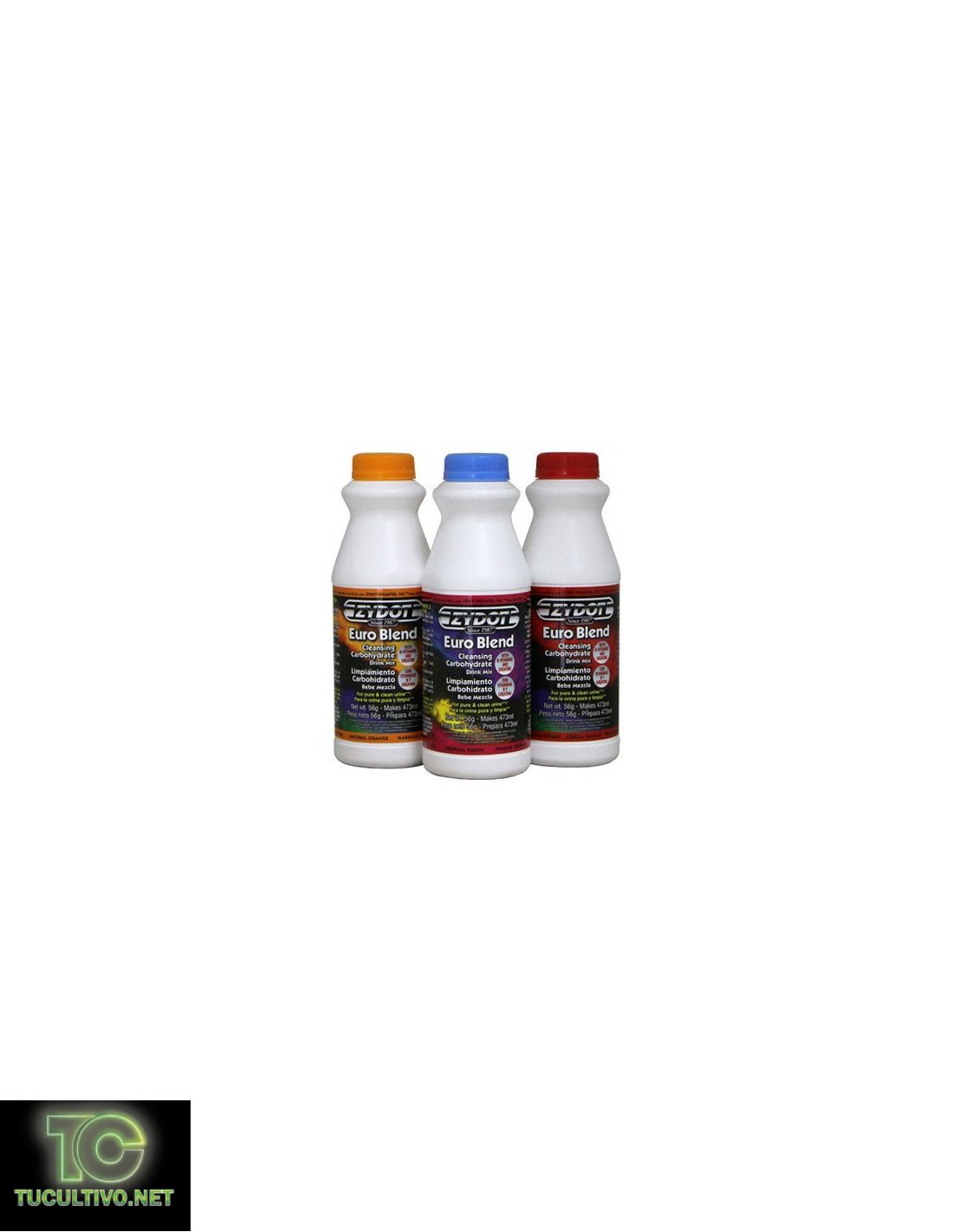 Zydot Euro Blend is a product that helps eliminate toxins so you can safely undergo a urine drug test. Take it a few hours before the drug test.

Zydot Euro Blend is an advanced way to keep drug tests at bay. It’s a reliable product designed by scientists.

Testing positive in a drug test can lead to losing your job, a sports competition for which you’ve been training hard or do some time if you’re a cop or in the military.

Now you won’t test positive again in urine test thanks to Zydot Euro Blend. It’s a mix of all-natural minerals that counter any drug you’ve taken.

It’s very easy to use and provides very good results. Between 1 hour and up to 5 hours after drinking it, you won’t test positive in any urine analysis.

You must drink half a liter of water on its own 1 hour before taking Zydot Euro Blend. One hour later, fill the bottle halfway with water, stir well until there are no lumps and fill it. Once filled, shake it and it's ready to drink.

You must drink the whole bottle, refill it and drink again after 15 min. Within 1h you’ll no longer test positive, but you should urinate 2-3 times before taking the test so that the urine doesn’t show the EuroBlend color. So, before you get tested, you should urinate at least twice.

Keep in mind that once you’ve drunk Zydot Euroblend, you shouldn't drink any more than a glass of water every hour in order to maintain the effect.

You must get up early to prepare, drinking and taking about an hour to pee three times. If you don’t follow this process, it won’t work. Two and a half hours before the test is enough so, if you the test is at 9:00, you have to begin the process at 6:30.

If you want to be more effective, just stop consuming the substance you don’t want found 24 hours before the test. This way, it’ll be 200% effective.

Available in several flavors so you can at least enjoy drinking it. Check the available flavors.