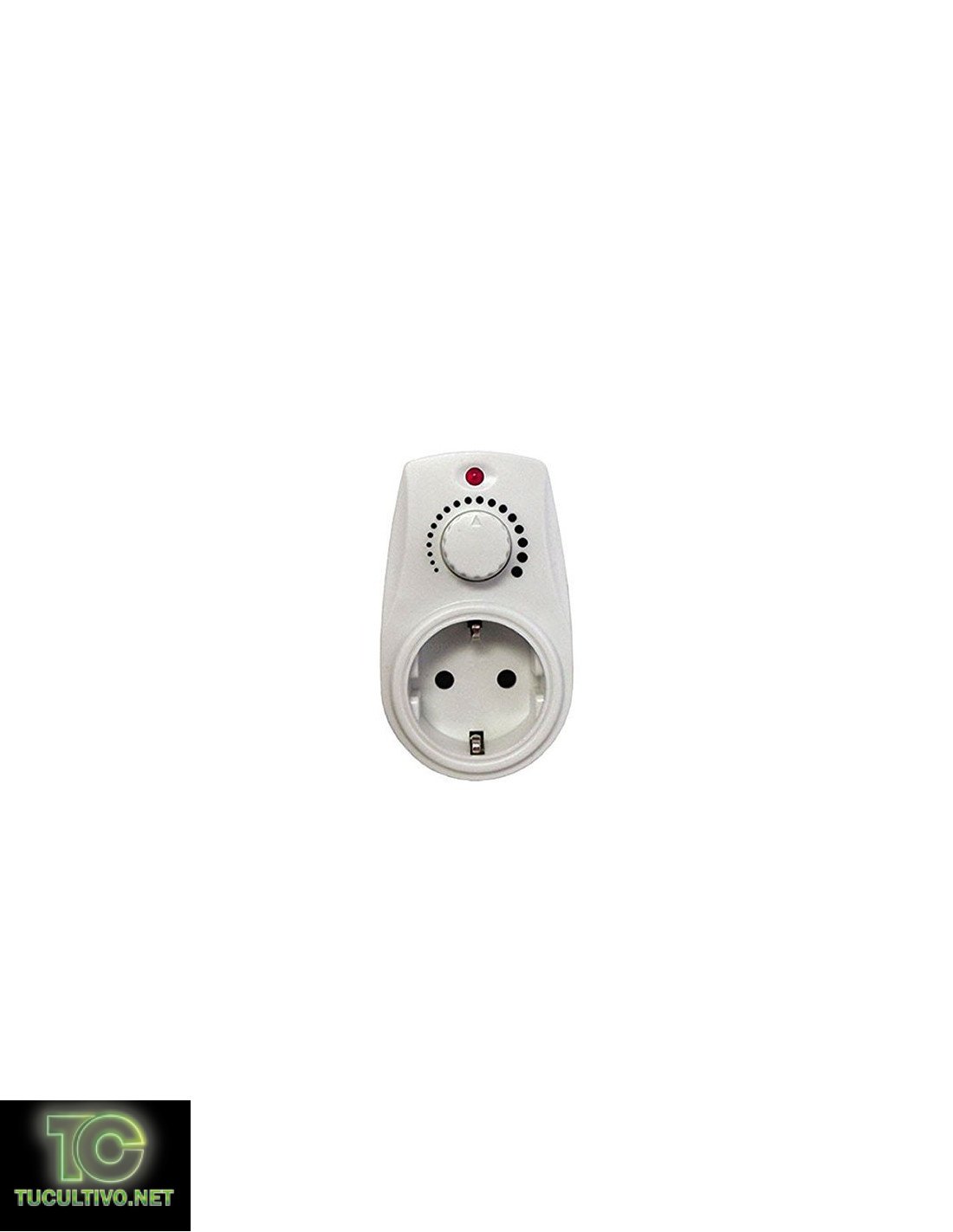 Dimmer to lower the current input of your electrical devices. It’s usually used to lower the revolutions of the extractor, thus reducing the noise when needed.

The dimmer is an accessory for your electrical devices with which you can raise or lower the power input. You can control the light intensity of lamps, make a fan spin slower or spin or reduce the revolutions of your extractor, being more silent.

Its use is very simple, you only have to connect to the dimmer the electrical device that you want to regulate. It has knob with which you’ll raise or lower the power to your liking.

It’s usually used to control extractors. If they spin too fast, the temperature may drop too much. Also, you may want to reduce the noise they produce when working at full power, in order not to disturb your neighbours at night. The extractor motors work with an electro-magnet, so if they don’t receive enough power, they won’t spin or will make an electrical noise that sometimes exceeds the normal operating levels. Usually, the least power that can be supplied to extractors with a dimmer is half the power, almost never any lower than that.

Many buyers believe the dimmer doesn’t work because the extractor won’t operate at the lower speeds set with the knob. The truth is that the extractor’s motor needs a minimum operating power that usually exceeds the minimum supplied by the dimmer. If you try with a light bulb, you’ll see that the dimmer adjusts the light intensity through the whole range of the knob. However, if you connect something that needs more operating power, you’ll have to supply a minimum current.

You can control electrical devices of up to 300W, with a current of 1.6A. You should carefully check your extractor’s power (watts) and current (amps) requirements before connecting it to the dimmer. If you connect a very powerful device, you’ll burn the internal fuse and it will stop working.

If you need more power, there are controllers that resist higher currents which have the same function. This one’s designed for small extractors, fans, light bulbs, small heaters, air pumps and other low-powered devices.

If you have any doubts when buying your accessories, don’t hesitate to contact us.

How to use the Dimmer:

Technical specifications of the dimmer: